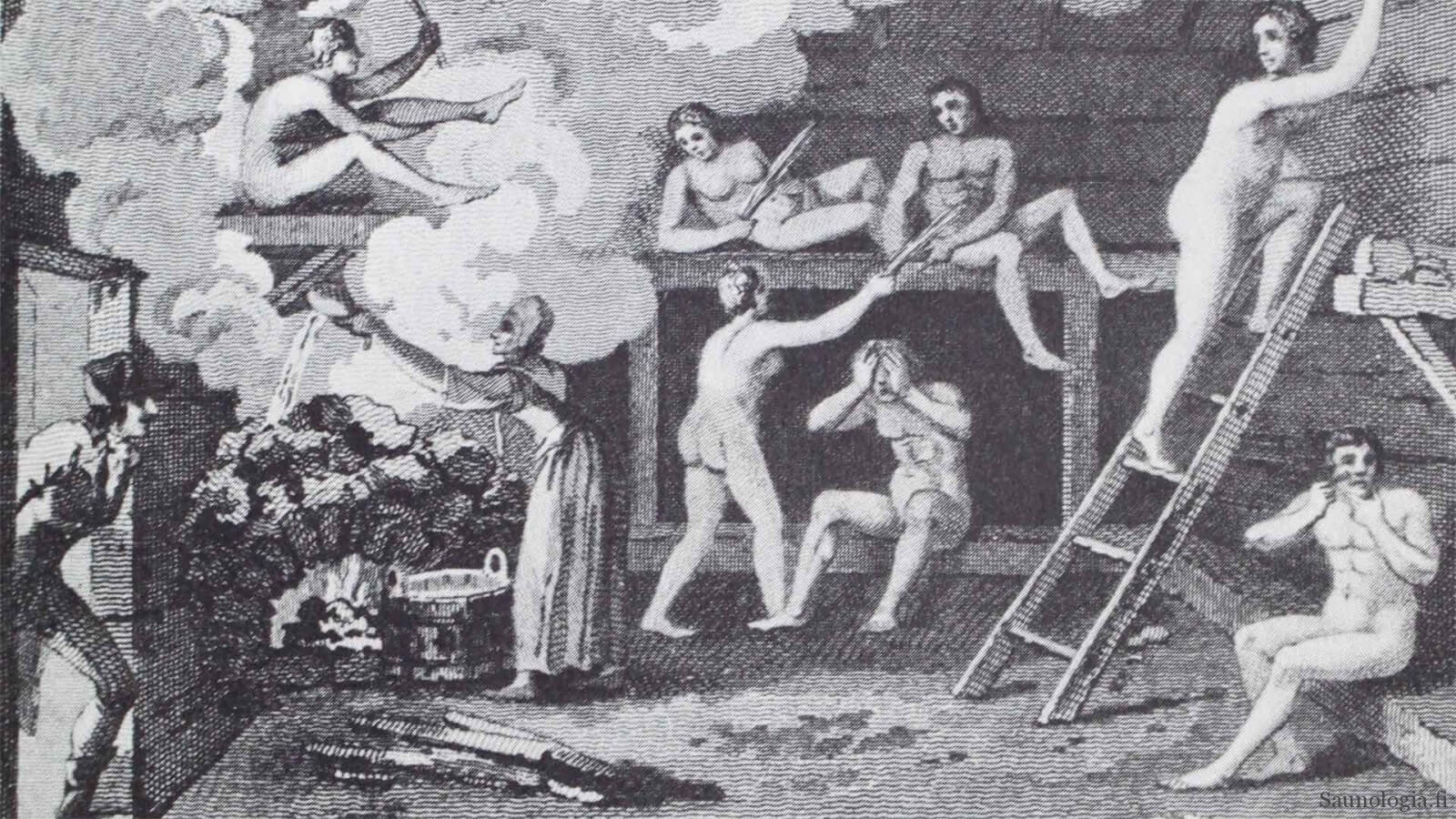 The Four Elements of a Great Finnish Sauna

Large part of the character of sauna is related to the creation of heat. But that is not all. The overall feeling of the sauna is a combination of multiple factors which together set the stage for sauna experiences. I name the four core elements of  Finnish sauna as follows:

Heat is the first and most easily perceived element. Saddest thing you can imagine is a cold sauna.

Inside the hot sauna room, the most crucial factor is the air quality. The fourth part of Finnish Sauna Essentials will discuss this factor. For now, it suffices to say that ventilation affects air quality which is equally important for the sauna experience as the heat factor. Too many saunas in Finland suffer from inadequate ventilation that strongly and negatively affects the sauna experience.

In order to have a place where heat and air circulate, you need a sauna room. The construction, design and materials of the sauna room create the atmosphere for the sauna event. Benches and ceiling have a crucial role in making steam and heat accessible for sauna goers. These will considered in the fifth part of article series.

The sauna room is place for socializing. The culture and rituals of sauna set the final tone. In Finland, the prominent ritual is steaming, which is usually organized democratically, much like everything else. The concluding chapter of Finnish Sauna Essentials talks about changes in Finnish sauna habits and culture. But I begin with a holistic introduction and will start by looking at the approximately 100 years of Finnish sauna history.

Short technological history of sauna development during the 20th century

Contemporary Finnish sauna habits have changed considerably since the late 19th century. Before mid 1900, the saunas had been all wood fired. Either original smoke saunas without a chimney, or single wood fired with a chimney. Both variations were laborious to heat up and the former was also a fire hazard. The consequence was that saunas were mostly in a shared use, if not fully public, because low and middle class people could not necessarily afford a private sauna, in terms of time or money. Public sauna were particularly popular in cities. This continued all the way until 1950's before several things changed the Finnish sauna scene.

Two 20th century inventions have transformed Finnish sauna bathing and made the country undeniably most “sauna rich” in the world. The main innovation was the invention of the electric sauna heater or stove in 1930’s. It allowed saunas to be built safely inside flats, in basements and to every gym and public swimming pool. It was created from the start to enable recreational saunas in all locations.

The other major breakthrough also appeared in 1930’s. The continuous wood-fire stove was, despite its clumsy name, in fact a practical invention. It is claimed to have played an important role during the Second World War when Finnish soldiers on the Russian front faced not only the gigantic Soviet enemy but also smaller adversaries, body lice and ticks. Military invention called tick sauna was administered to rid both soldiers and their gear from the parasites. This effectively helped to reduce typhus exanthematicus, red spot fever among soldiers and prisoners of war alike. In 1944, over 200 such saunas were operating on the Russian front. These were heated with this newly created wood stove.

After the Second World War ended, the period of reconstruction began also in Finland. The country had to recover from the losses on all areas. With hard work and sisu (another unique Finnish term for grit and perseverance), steadily the standards of living rose and with that, the construction of saunas got to full speed.

Thanks to the new inventions, the Finnish baby boomers and WWII veterans could build saunas with fewer safety concerns and with less effort. Particularly the electric stove had a huge impact on residential saunas. These inventions reduced the time it took to heat up the sauna because nobody had to spend their time adding firewood.

At first, during1960’s electrically heated saunas made their appearance in big housing blocks as shared communal facilities. Then, from 1970’s, the idea spread to fit this type of a sauna inside the apartment, as a new room attached to the bath room. This option was very attractive. What soon followed was that even the tiniest apartments built in urban centers at the dawn of new millennium in 2000 were mostly equipped with a private sauna!

This is a simplified version of the history, but I believe it well captures the key drivers of Finnish sauna development during the 20th century. The new stoves made sauna ubiquitous and easy to access, but sadly saunas also became more ordinary and many saunas of inferior quality were made. Because new buildings ‘had to have one’ the concerns of their function and quality were forgotten. Too many new saunas did not anymore serve their intended function, pleasurable steaming and sweating.

It must be said that the functions of sauna had otherwise been replaced by other inventions. Public hospitals and morgues started dealing with the new born and deceased, bathroom showers and running hot water offered quick and easy hygiene, and agricultural operations related to sauna became fully industrialized. Although smoke sauna ham, for one, is still on sale in Finnish groceries.

Only now, in the late 2010’s, have Finns realized that building hundreds of thousands of bad and often unused apartment saunas was not a very good idea. In response, in many new residential buildings, the current sauna construction trend favors large communal saunas instead of tiny private ones. The large, shared facilities can be better designed to meet the high standards Finns would like to have for their saunas.

If you go asking what kind of saunas we have from a Finn, you’ll  be overwhelmed. The number of saunas people can spit out is easily dozen. The reason is that Finnish people like to name different types of saunas according to where they are located in, sometimes also according to how they are used but rarely what they are like. From the Pinterest board attached below you find examples of more exotic saunas found in Finland – and elsewhere.

The saunas have been named by both their location and typical use. Public, rental, and guest saunas are targeted for shared use. Backyard, house, and apartment saunas point out where saunas reside. This list could be further continued with more examples of untypical sauna siting. For instance, saunas can be built places inside mobile homes or trailers, rafts, boats, and even buses do exist. There are also novelty saunas built inside gondolas or created with ice or peat.

My Pinterest board of alternative saunas gives a good idea about the present variety of Finnish saunas - although it includes few international examples as well:

The location-related sauna labels do not give an idea what kind of a sauna is in question. The same physically identical sauna might fit five out of six label. Only public saunas are different because of their capacity requirements.

I personally don’t think this naming scheme is enough to understand the true character of Finnish saunas.

What I think is more important, is the nature of sauna experience. The only standard that sauna builders follow is that saunas must achieve an adequate temperature. For instance, wood-fired stoves must be certified to heat spaces up to 80 degrees Celcius. This a random number from rather high end of the spectrum, but it is one that all Finns recognize as a sauna temperature, even if they dislike the heat of this intensity.

The three flavors of sauna experience

When it comes to describing the character or the concept of a sauna, Finns have another set of words. There are three prominent sauna types that people also recognize:

Each sauna type is associated with a specific heater, which I will simply call a sauna stove. Each has a different method of heating up the stones and the sauna room. In the next part of the article series, I will explain in more detail the differences between the stoves.

Electric and wood saunas are the most prominent types. Exact distribution is unknown. My guess is that 60% of all are electric and the rest wood-fired. Smoke saunas, the original kind, represent at most 1% of all saunas.

In urban areas, electric saunas are even more dominant. These types of saunas make up for the 2.5-3.0 million saunas of Finland. Ironically, it is not known how many saunas there are in Finland as they are not adequately covered by the official statistics. As a consequence, the relative proportions are just estimates that I base on equally unofficial stove sales figures. The majority of wood-fired saunas are equipped with a continuous wood-fired stove.

The next chapter of Finnish Sauna Essentials introduce different types of stoves in detail and discuss experiential sauna concepts, including why wood-fired stoves are considered superior to electric ones.

This article has explained the evolution of the Finnish sauna which sprang from two technical stove innovations. In response, Finns started equipping all kinds of spaces with heaters and calling them saunas. The care for the sauna experience deteriorated over time, partially due to the lack of standards. Currently people usually only differentiate between electric and wood saunas, preferring the latter. However, smoke saunas are the only distinctive sauna concept to date.

I like to explain the differences between different saunas and the experiences they offer in terms of a four factor model. This model includes heat, air quality, build and materials, as well as culture and company as explanatory factors. These factors are not independent and the choice of one often dictates much in the other.

Thanks to Yukari for commenting on the draft